Released in early January of 2021, Nový Den loosely translates (from Czech) to mean “a new day”, which seems quite apt for a new year release, but I also suspect the title may be of greater personal significance for Palmer; as someone I’ve followed closely on social media for a few years he strikes me as a guy who is constantly looking to move forward, to challenge himself, and to challenge wider society’s accepted norms. Someone who craves answers to many of life’s more difficult questions. I’ve met Palmer out and about very briefly a few times in Wellington, usually at the tail end of gigs, which isn’t always the best environment to discuss such matters, or to get a full grasp of what makes an artist tick, so all of the above is merely an impression I’ve formed and not necessarily the gospel according to those who actually know him well. 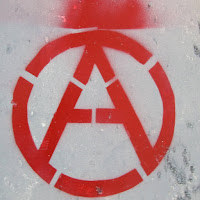 What I do know for certain is that two of the more recent musical projects Palmer has been involved with - Dreams Are Like Water and Buffalo Bunny - produced some of the best beneath-the-mainstream-radar indie rock I’ve heard from these shores across the past decade. I’ve previously raved about the solitary Dreams Are Like Water release (here), so I won’t go into too much more detail about that. Suffice to say, Palmer’s contribution (keys, occasional guitar) was an integral part of that band’s appeal.

And the Buffalo Bunny stuff - collaborating with performance artist Victoria Singh - of 2019/2020 was almost more David Lynch than Lynch himself. The duo’s early 2020 Covid-themed track ‘2 Meters’ (clip here) was easily the best musical realisation of the dystopian or pre-apocalyptic collective angst created by the first global lockdown I heard during that period. The nonchalant or subtle mimicry of that whole “be kind to one another, follow the leader, and don’t ask questions” theme within ‘2 Meters’ was subliminally brilliant, mischievously subversive, and for many, right on the money. There were other great Buffalo Bunny moments too, and it is of some regret that I caught only the tail end of one of their rare live sets (at Wellington’s Pyramid Club) during their all too short-lived existence.

Which brings us to The Emptys Response and Palmer in his solo guise (phew, we got there eventually), by some distance his most prolific platform when it comes to work released online. Across many years. Including the Nový Den EP, which amounts to three relatively lengthy atmospheric instrumental tracks which blend together or cross-pollinate a number of different genres, from ambient to electronica to dark post-punk to a mild form of spacey psychedelia.

There was a certain irony for me that I was stuck in motorway traffic gridlock when first absorbing the scene-setting opener ‘The Drive Home’ which is effectively a probing low key synthetic pulse that threatens to explode at any moment without ever quite managing it across its near eight-minute duration. It is dark and quite tense without ever becoming too overwhelming. More of a mood or vibe than anything else, and I’m still trying to decide whether the drums are program generated or the result of a more human or live organic approach, on a loop. There’s a lot to be said for a live drum sound, and if this isn’t that, then Palmer’s done a pretty good job replicating it.

The second track, ‘Terraforma’, feels more substantial and is perhaps the most accessible of the three on offer. A dense, repetitive, almost bleak slice of semi-industrial grinding electronica which builds in tension to become quite riveting, it’s probably my pick of the bunch. See clip below.

The final track ‘11:11’ - which not coincidentally is its length - is an exercise in spaced out ambience and it’s another which slowly builds in intensity as we journey through its various subtle mood changing soundscapes. Ethereal and entirely beatless until just before the seven-minute mark, it may upon first listen feel a little directionless, or prone to drift for too long, but subsequent listens will reveal that there’s a lot more going on than might initially be obvious.

You can check out Palmer’s extensive collection of solo work on his website here.